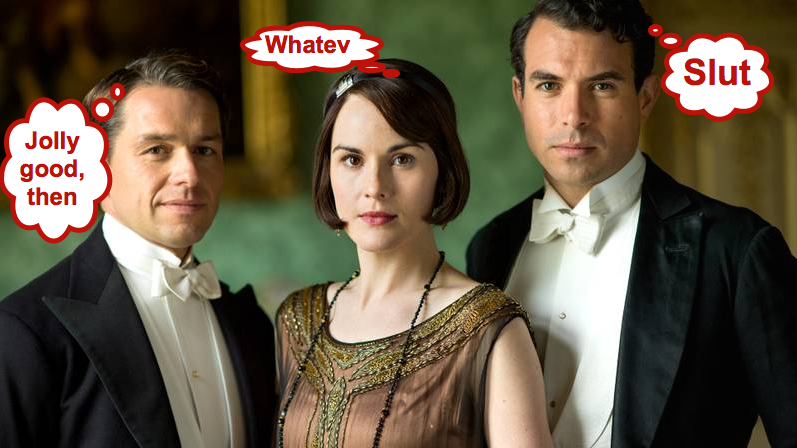 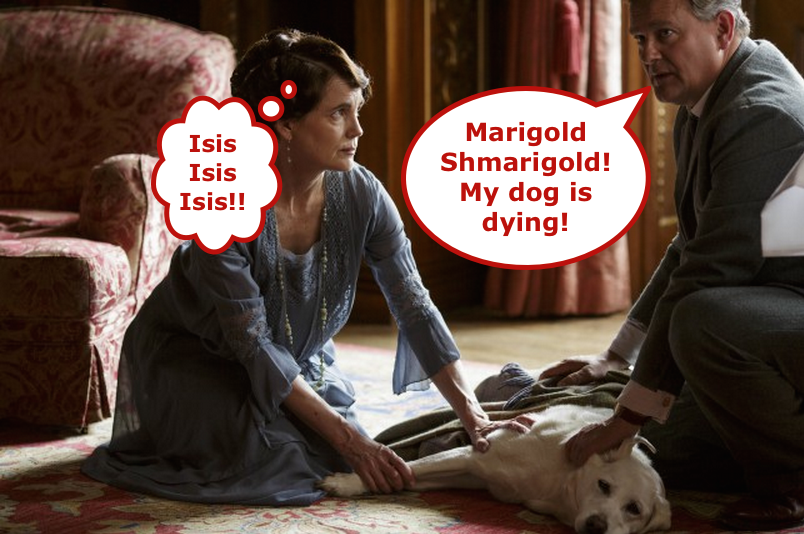 SPOILER ALERT:  I have watched 6 episodes in Season 5.

Here are my (edited) notes as I watched this hilarious ep... 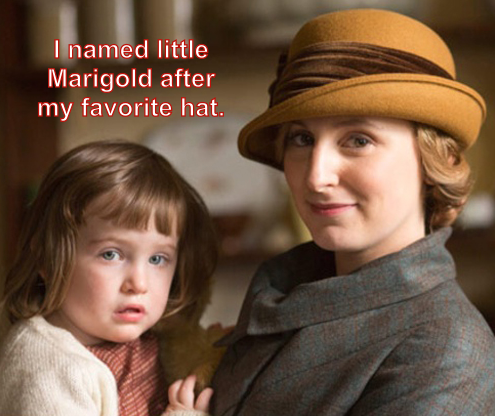 Edith - here is your telegram on a plate!  Gobble up this awful news with your eggs, dear.

MaMA is in bed.  Thank GOD baxter got her her breakfast so quickly and efficiently.

Well of course it's terible.  What did she think he was doing?  Living in a tree?  OMG MARY YOU BITCH.  "I don't know what he saw in Edith."  Bad karma blankets her life because she SUCKS.

How can Anna stand Mary when Anna is SO damned nice??

Edith is like....on an island at a table full of people.  No, FAMILY.  It's sickening.  Her mother should hold her hand.  Or get up and give her a hug.  SOMETHING.  It's just so sad.

Oh no.  Anticipation-filled Downton music.  This isn't good.  It's like when the Bradys played their regular music...slowwwwwly. 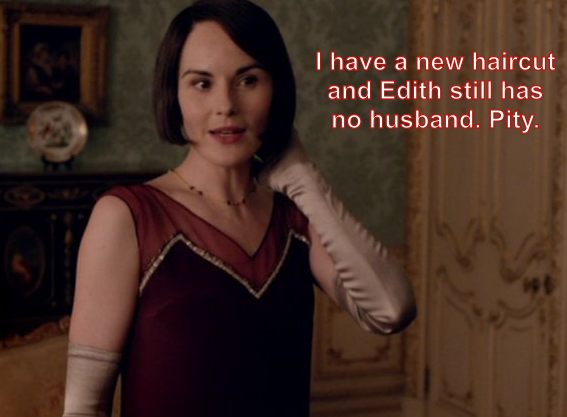 Why is this Russian man living in this disgusting room?  And HOW is the Dowager Countess visiting ALONE in his room??  "I wanted you form the moment i first saw you more than mortal men ever wanted women."  OMG Grandmama is getting some serious PLAY from Egor right now!!!

I am SICK that Gregson is dead.  Really dead.  I wanted him to be alive and show up and piss Mary off that Edith was married and she wasn't.

What a cute little steeplechase.  It's like The Quiet Man.

Since I'm way behind, the following are my notes from the premiere.  They're almost funnier than a blog post!

Grandmama: "There's nothing simpler than avoiding people you don't like."

Mama is as medicated as ever!!!

Lady Mary:  "I'm going upstairs to take off my hat."  BEST LINE EVER! LIKE "the milk went bad when I was in jail" in Jackie Brown!

Why didn't the servant serve Dr Clarkson? Can't he have some cake???

Papa Mama convo about Isabel and grandmama.  SO funny.  She's like "YOU DUMBASS, your mother's a beotch!"

"She was so graphic, I almost fainted."  Oh poor Lady Mary!  The horror!

"Tony - do you MIND pulling up your own pants without a valet?"

"We're being realistic; something your generation has such trouble with."

"Principles are like prayers; noble of course, but awkward at a party."

"How does it help to answer rudeness with rudeness?"  GO MAMA that teacher woman is a bitch!  GOD I can't STAND HER!!!

Reign: The Creepy and the Cray Cray

Why isn't Francis just having Narcisse killed?  This is borderline ridiculous. Be a king, dude. Hell - he should have Bash do it.  AND - speaking of Bash...lordddddd give this guy a better storyline.  He's a solid actor...he's freakin' adorbs...he's Francis' brother for god's sake.  Geez.

Oooh LOVE Narcisse's commentary to Lola on the horse.  She is going to give in eventually...if she has a brain in her head! ;)

OMG HOW long are we oging to have to watch Francis and Mary bicker? This is so stupid.

And someone please explain to me...if Francis signed an edict..and they're hunting protestants, how is Conde running around freely and chit chatting with one and all?  He's a protestat. (And has some major hots for Mary, I might add!)

Oooh this storyline with the little girls is creepy as all hell!  I love it!  But so sad! Way too sad for
Reign! :(  And Claude, yo.  M'girl is a little cray cray.

Hello? Does anyone even realize Bash has been shot with an arrow?  I love how it looks like he's dying while he's on the leaves...but then he's just got a teeny hole in his chest and is up and about like he's about to run a marathon five minutes later.  Lucky Kenna got a good...what?...1 minute appearance?  I guess that's more than I can say for Greer and the grey haired Sean Penn doppleganger she's married to.

OMG Francis you dumbass...just TELL Mary WTF is going on!  She's not a china doll for god's sake!  She can handle the situation a lot better if she knows what Narcisse is up to.  And again - why he's still alive is beyond me...other than the fact that he's got an evil, sinister HOTness about him that makes me want them to keep him on the show.

And m'girl Lola better get her hand OFF Francis' shoulder and KEEP it off.  Just go do Narcisse like you've wanted to ever since you read that stupid book, ya ho bag.
Posted by Purgatory Carol No comments:
Email ThisBlogThis!Share to TwitterShare to FacebookShare to Pinterest 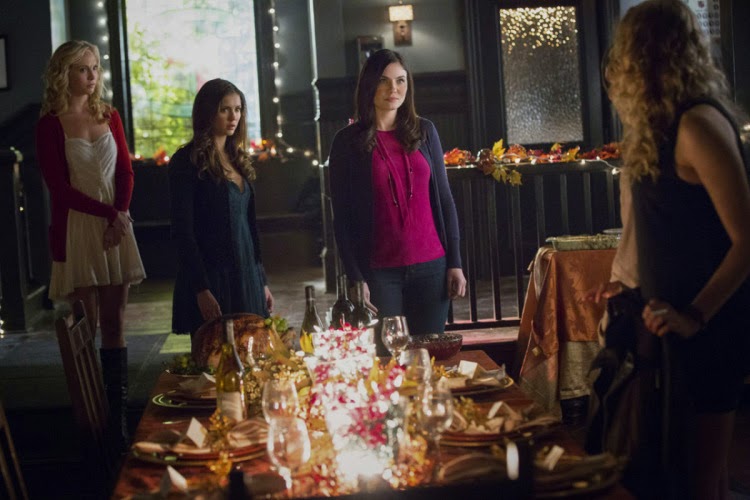 OMG Damon and Elena sitting at that bar together?? Heart...mush...wow.  I almost hope he brings Bonnie back and then dumps Elena's whiny ass. ;)
Posted by Purgatory Carol No comments:
Email ThisBlogThis!Share to TwitterShare to FacebookShare to Pinterest
Newer Posts Older Posts Home
Subscribe to: Posts (Atom)