The Walking Dead: Twists and Turns

SPOILER ALERT:  I have one episode left in Season 3 of Walking Dead. 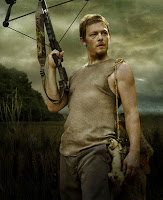 Dangit Merle!  I was just starting to think I might be able to not totally hate you eventually, you dumbass!!!  OMG poor Daryl having to kill him.  I am so sick over that.  That poor soul has done nothing but help everyone else since Day 1...and now he has to kill his own brother.  It's so unfair.  (LOL I didn't give a rat's ass when Carl had to kill Lori.  What does that say about me?)

LOVED when Merle let Michonne go.  That was really awesome.  I think he realized there was a good chance of him dying...and he wanted Little Brother to know he was a good guy deep down.  Schnikees - I thought - for a minute, tonight - that Merle and Carol were developing a little understanding.  I was kindof hoping for a neat, little triangle between them and Daryl...but it was not to be.

Ummm...did anyone notice that we haven't seen Andrea since the governor tied her up in the house of horrors?  Holy crap - the thought of being tortured by that asshat is almost scarier than getting eatin' by a walker.

Glenn and Maggie are engaged.  Zzzzzz.  Don't get me wrong - they're cute and I like them both...but we're in the middle of the greatest storyline in weeks and you stop to show us the proposal-that-wasn't-really-a-proposal?  With a ring from a walker?!  And is it me, or was that so entirely gnarly when he cut off that poor walker chickie's finger?  Geez - tonight I watched Michonne stomp on some dude's head and squash it like a watermelon.  Yet seeing that woman's finger cut off was ten times worse.

Well at least we're not being subjected to Andrea trying to be the go between and get all the boys and girls to play nicely anymore.  Yawn.  That was pretty boring, too.

And for the love of all that's holy - Lori showed up AGAIN tonight??  WTF?!  Get RID of her dead ass already, man!  Or, at least, if you're going to bring back someone for hallucinations, make it Shane for god's sake!  Not Lori.  Even in death she's got that bitchy, condescending look about her.  It's really annoying - just like her.

OMG tonight was a great episode as far as walkers go.  It's about time we get back to the WALKERS being the scary part of the show and not the stupid governor.   And I hope it's not anticlimactic when they kill him on next week's finale (c'mon, you know they're gonna) like it was with that gross psycho on Boardwalk Empire this season.  You'd have thought they'd make his death slow and painful but nooooo... they just shoot him - and that's that.

But I digress.  Bottom line - I want pain and suffering or the governor.  Does that make me a bad person?
Posted by Purgatory Carol 6 comments:
Email ThisBlogThis!Share to TwitterShare to FacebookShare to Pinterest 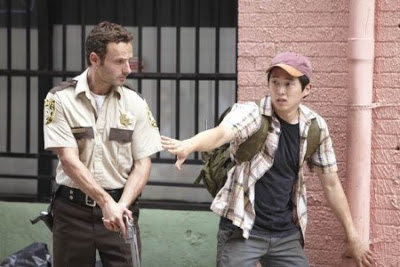 ANOTHER PS - Andrea's going to kill the Governor.  Make no mistake.  Girlfriend is going to step up and take responsibility and get it done.  Just watch.
Posted by Purgatory Carol No comments:
Email ThisBlogThis!Share to TwitterShare to FacebookShare to Pinterest
Labels: carol, daryl, governor, herds, lori, michonne, nightgown, zzzz

WOOT!!!  THIS just in from Kristen Ashley:

Welp... here it is! GCP's new cover for Mystery Man, due out in print in August. Seriously... when they showed me this, I got a little tingle. Okay, maybe a big tingle. HAWK! HAWT! Rock on! 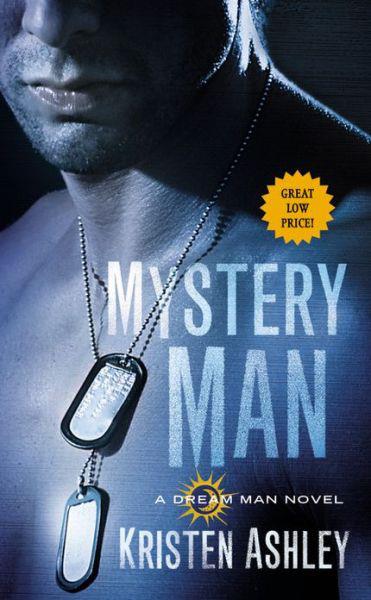 SPOILER ALERT:  I am caught up on season 3 of The Walking Dead and just finished the most recent episode called "Clear".

HOLY CRAP!!!  WHAT an episode!!!  I don't even know what to think!  First off - I dig Michonne.  I have since Day 1 when she showed up with those armless walkers on a chain.  (WHAT a fashion statement, right?!)  They NEED Michonne.  Rick is just jealous because she's more of a badass than he.  He could LEARN a few things from her.  And he KNOWS it.  She is such an asset to this group of people...they are absolutely nuts if they don't keep her around.

And she keeps walkers on a chain!  Who doesn't love that?!

OMG MORGAN.  I am so devastated over what he's become.  He's like Sisyphus!  He just keeps rolling that boulder up the hill and it keeps rolling back down on him.  WHY didn't Rick tie him up and MAKE him come with them?!?  I don't go for this "he's resigned to his own fate" bullcrap.  RICK could have easily become that.  EVERYONE deserves a chance at living.  MAKE him try, for God's sake!

OK.  Backpack Guy.  Wow.  Just...wow.  When they SAW his remains at the end and then TOOK his backpack???  I was SO PISSED.  They have LOST their humanity!!! ALL of them!!  WHY didn't they pick him up?!?  I get it - I really do.  Survival of the fittest...we can't take care of everyone...yada yada yada.  But still.  That guy was alone.  He didn't have a huge group with him...they could have at least picked him up and dropped him somewhere.

Do you think it was a play on that whole "Never pick up a hitchhiker" thing?

Loved when Michonne helped Carl and did it in such a way that he was able to hang on to his little 11 year old dignity.  It was cool.  SHE is cool.  Rick better tell everyone to accept her when they get back to Home Sweet Penitentiary Home.

Watching The Talking Dead on AMC.  It's fantastic.  I was born to be on a show like this.  It's like a frickin' blog on tv.  Love.
Posted by Purgatory Carol 3 comments:
Email ThisBlogThis!Share to TwitterShare to FacebookShare to Pinterest
Newer Posts Older Posts Home
Subscribe to: Posts (Atom)