Boardwalk Empire Finale: Two Pineys and a Broke Down Car 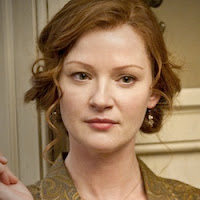 WOW.  I don't even know what to say.  My first thought:  Is Gillian (Jimmy's mother) dead?  Was that a lethal dose of...whatever it was?  Heroin, perhaps?  I don't know if she'll be back next season or not!  I loathe her character...but I love what she does for the show.  She is a vixen of epic proportions.  And you know who else is a bit of a vixen?  Kelly MacDonala, aka Margaret Thompson.  Oooh!  Did you see the way she walked her ass away from Nucky and said "Yes it is!" when he said it wasn't about the money?  That girl has some serious cajones...and  that show wouldn't be the same without her! 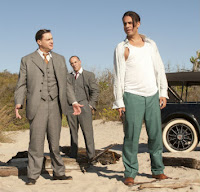 How TREMENDOUS was that scene with Rosetti and Gillian?  MAN I wish she was able to kill him.  I said all week "Red's going to kill Rosetti".  But no can do.  We had to hear him sing that ridiculous song on the beach, instead.  WHAT a dumbass.  Didn't he know he was about to bite it?  Actually...something tells me he did.  Although honestly...I didn't feel that death was good enough for him.  I wanted suffering and lots more pain.  He may be the meanest character I've ever encountered.  Seriously.  WHAT a sociopath.

Moving on...I loved the relationship between Nucky and Eli in this episode.  They were like two brothers again...from times before they got involved in running the town.  I almost wouldn't have been surprised if they had gone fishing, barefoot, with overalls on.  OK maybe that's a stretch...but you get my point.

HOW much do we all now love Chalkie White?!  I can't wait for next season.  You know his new club is going to be a nice-sized chunk of the season.  Definitely looking forward to watching him boss people around.

IT was amazing when Nucky set up Arnold Rothstein.  Positively genius.  When we realized he was going to give him 99% of Overholt, I turned to my husband and said "Do you think he made the agreement with Andrew Mellon, knowing he might one day need to use Overholt to get out of a bad situation with Rothstein?"  LITTLE did I know he and Mellon were PURPOSELY setting Rothstein up!  And I am an IDIOT because that's what their first conversation was about.  Oooh this SHOW!  It's getting harder to keep up with than Game of Thrones!!!

And poor Richard Harrow!  He just left Tommy with his gal pal!  What's that all about?  He'd BETTER be back next season and he'd BETTER be gettin' busy with her because I loved them together!  It's about time that poor soul found love.  And her mean-assed father better NOT give him a hard time.  I think he's going to be really happy now that he has another little boy to raise.  Cross your fingers.  (Ooooh - bad thought - Richard dropped the kid off THERE?  The father drinks like a fiend.  Hmmm.  That might cause a problem.) 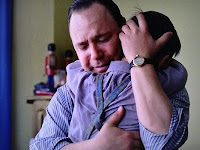 Lastly - has this show canonized Al Capone, or what?  I can't help that I LOVE HIM!  It's terrible!  They humanized him early on by showing us his relationship with this hearing impaired son...and then they made him save the day by saving Nucky.  So you KNOW next year he's going to be making Nucky kiss is Chicago ass.  I wonder if the series will culminate with Nucky gettin' whacked by Al's guys.  Wouldn't be a stretch.

Can't wait for Season 4!
Posted by Purgatory Carol at 7:29 AM