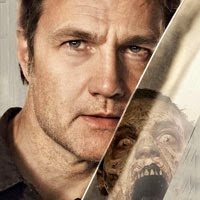 Once Upon a Time: Could They Make Me Cry Any More in this Episode?


 OH my god, the tears have been falling down my face for the entire hour this has been on!!!

The nursery...sigh...wasn’t it so pretty?  I am so horrendously sad for Snow.  She didn’t deserve this!  Even with her ridiculously overacted one-liners!  “Get away from my daughter!”  LOL  Did you not laugh when she yelled that?  My hubster was in hysterics!

And Henry.  He’s so cute and so elf-like at the same time.  And WHY do I feel bad for Regina?!

And Lancelot.  Whoooo wee.  He’s a cutie PIE...even though he doesn’t scream “Lancelot”.  And I don’t think he’s dead, either.  I think Barbara Hershey lied.  He seems too official to be dead.  And who knows, maybe Barbara’s brain got a little messed up during her last surgery.  Holy SHIT - did you SEE her face?!  She looks younger than Emma!!  That’s nutsky!

Oh and how about the Mad Hatter finding his daughter!!! That is one of the storylines that grabbed me from Day 1.  I’m so excited for him!!  He’s such a good actor, too.

OK gots to go - The Walking Dead is coming on!  That’s Numero Uno in the line-up!!!