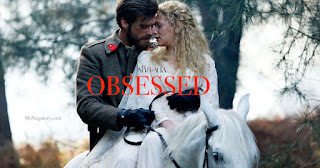 UPDATE 6/2/18: I FULLY intend to go back and READ have been reading Nermin Bezmen's Kurt Seyt & Shura, and you will want to as well. The book is the REAL story, and as much as I love the TV series, you are going to want to know "what really happened" when you are finished.
Posted by Purgatory Carol
Email ThisBlogThis!Share to TwitterShare to FacebookShare to Pinterest