I Finished Covet. And I need a drink.

I have finished Covet. Lord help me. There is one more book in the series, "Court", coming out in September...but as they say in Blackjack, I think I'm going to "stand."
I'll probably wait for the film/show because I just don't think I have another read in me, no matter how much I enjoyed the first three books (and wanted to throw them across the room at times.)
The Crave series has the potential to be amazing on screen, if they hire the right actors and spend an exorbitant about of money on cinematography and CGI. However, please stick a fork in me. Between the intense situations, various holes, and repetitive nature of YA romance (which, admittedly, I read by choice)...these books are exhausting. I feel like I need a vacation.
Not to mention there is just such a stark contrast between Book 1; Crave...and the rest of the series. I've never been able to get past it.
I've already beaten the dead "why create an amazing character and then sideline him" horse. But bottom line, I am - and will always be - a Jaxon Vega girl. Just like Grace stands up for what she believes in; so do I. Which means I won't apologize for it. Hudson is an intelligent guy with a lot of snark and sass...but Jaxon's a vampire. End of story. 🖤
Posted by Purgatory Carol No comments:
Email ThisBlogThis!Share to TwitterShare to FacebookShare to Pinterest
Labels: Covet, Crave, Crush, Hudson Vega, Jaxon Vega, Tracy Wolff

Lorddddddd the supernatural novels. They're apparently back in fashion (thank you, Midnight Sun), and Crave is keeping me occupado at the moment. I could not be more appreciative of Tracy Wolff and her swoonrific vamp, Jaxon Vega.

No spoilers, y'all. I'm only halfway through. ❤️ 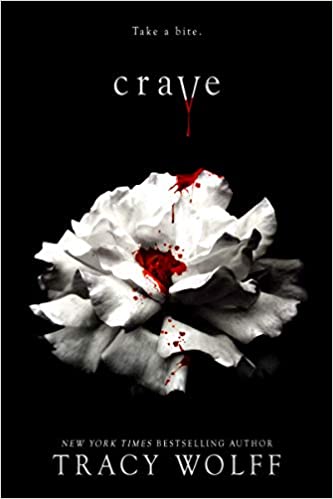