SPOILER ALERT: I am 2/3rds of the way through episode 7 of Making a Murderer.

I have been watching Making a Murderer on Netflix all week and was about to explode if I didn't get this out.

Are these prosecutors out of their ever loving minds?  This is the most horrifically hilarious (or hilariously horrific?) high profile case since OJ and AJ Cowlings were on the phone with LAPD while driving down the 5. The absolute BEST part of this shitshow - and what prompted me to post about it - was the prosecution talking to the audience (or in this case, the jury) like they're 2 year olds while questioning the FBI's expert on EDTA. "OK now you lovely jury...the nice man up on the stand is going to talk to us about evidence! Yey!!!" I mean give me a BREAK - this is Broadway at its finest. I feel like I'm watching Inherit the Wind II: Fun with Blood Samples and DNA. They're literally WHISPERING...like you would when trying to get your point across to a toddler about making sure his crusts are cut off.

I am sorry - but I've sat through almost 7 full episodes and if Steven Avery isn't innocent, there is sure as shit something ELSE going on here. WHERE IS THE BLOOD IN THE HOUSE????  WHERE IS THE DNA IN THE HOUSE???  And they went back MONTHS LATER and HAPPENED UPON about four zillion bullets in the garage???  And WHERE ARE THE BLOOD SPATTERS IN THE GARAGE?? And for the love of all that's holy - THERE'S A HOLE IN THE offing BLOOD VILE STOPPER and all the TAPE HAS BEEN CUT AROUND THE BOX.

This would be COMICAL if it wasn't so outrageous.  And sad.  Very, very sad. 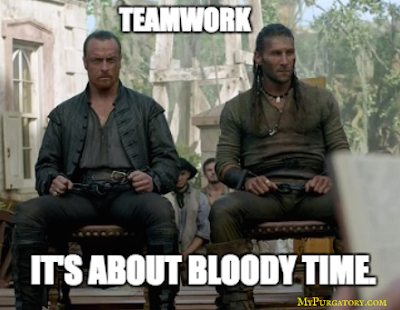