The Killing: A Ridiculously Innovative Show 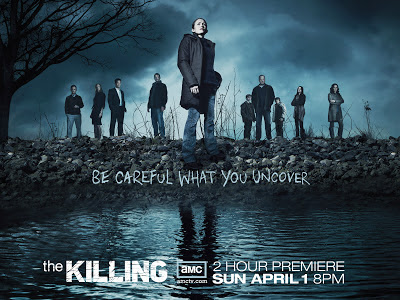 SPOILER ALERT:  I have watched Seasons 1 & 2 of The Killing (in the past week and a half!)

Watched both seasons of The Killing...WOW.  What a whirlwind.  I recommend it highly.  You will spend 26 episodes on the edge of your seat.  Every week you think you know whodunnit...but you don't.  This show has more twists than Chubby Checker on an early 60's episode of Ed Sullivan. 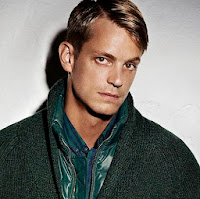 I have been having fun checking out the actors that play these compelling characters.  What I find amusing/impressive is how much Joel Kinnaman transforms himself for this role.

I did a double take when I finally googled him after admittedly thinking "does this guy look like a total crackhead in real life, too??" 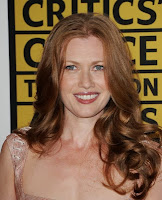 And then there is Mireille Enos.  Holy crap!  My husband and I are constantly doing "Sarah face" because she has this uncanny way of unnerving the hell out of us when she stares...or notices something no one else noticed and looks all freaky.  And the ponytails gets on my last nerve.  But WOW - girlfriend really cleans up well!

Now...I have to give you one MAJOR warning.  The Killing is not an easy show.  Not by a longshot.  For the first five or so eps, I didn't think I could make it through.  If you have kids...especially a daughter...you will have a hard time with this.  (That's not a spoiler; you know what's what in the first minute of the show.  It's called "The Killing" for a reason.)

If you like crime drama but are sick to death of the same old BS that's out there now (what's next, CSI Wichita Falls??) you should DEFINITELY try this show.  It went off the air for a short time because AMC didn't have the funds to keep it afloat.  But they got such backlash from fans, that they decided to beg Fox for money team up with Fox...and they brought it back.

They are now 4 episodes into Season 3 and I have every intention of catching up (after I watch the last two True Bloods.  Yawn.  I'm hearing last week's was boooooring...so something tells me tonight's won't be much better.)

Fill me in on your thoughts if you watch The Killing!